Do you not find a material, finish or do you not have a 3D file? Contact us for a manual quote by clicking this banner

The last few years have been some of the most important in recent history since 11 September 2001. The pandemic, Brexit and the current tensions in Europe have led to major upheavals in the world economy, especially in the long supply chains.

In 2007, Nassim Nicholas Taleb postulated the Black Swan theory, a metaphor describing how a very rare and totally unpredictable event could have enormous consequences for geopolitical developments and play a major role in history. These repercussions often occur through the so-called butterfly effect: another expression to describe how small variations in initial conditions can produce enormous long-term variations in the entire system.

The butterfly effect is often described with the allegory of how a flutter of a butterfly could hypothetically cause a typhoon on the other side of the globe.

What does this mean for the supply chain?

Recent developments have shown how these unpredictable events can quickly affect, through small variations, mechanisms and supply chains that were thought to be stable and established over decades.

This is exactly the case for long global supply chains and how, between first the pandemic restrictions and then the increase in raw materials, there has been a series of chain consequences that have led to greater difficulty in moving goods from point A to point B.

Long supply chains, made up of many stakeholders in the chain, have an inherent high risk index linked to the reasons listed above. Long supply chains themselves have not proven to have good resilience because, even today and despite several months having passed, prices for moving containers by sea or air are still at historic highs and do not tend to fall. 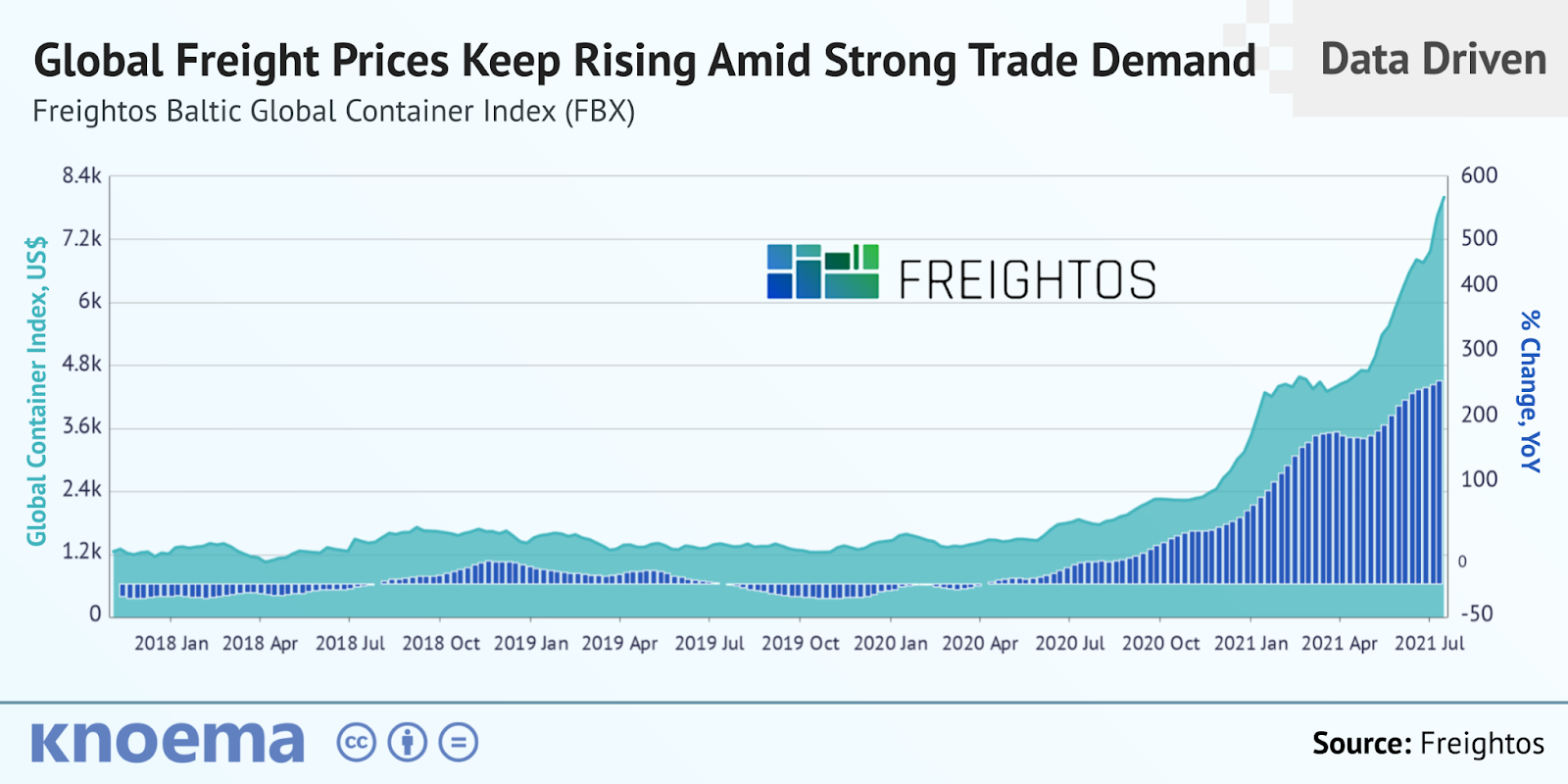 Consequently, any business model that includes a very long Supply Chain in its own supply chain is and will be facing this high risk index which is reflected in delays, high cost increases and long periods without supply.

However, history itself teaches us how industry crises can quickly become opportunities for the individual company ready to renew itself and adapt to new events.

This is the case of a company like RBGI srl, which found itself in danger of missing the delivery date of an order because the parts it commissioned from a non-EU supplier were stuck due to the blockade of shipping containers. However, Alessio Benventi, RBGI's production manager, was able to find a solution quickly by relying on Weerg and on online manufacturing: guided by a technical consultant, Alessio was able to have the same components made in the Italian Weerg factory and receive them in 11 days.

"Unfortunately, I was in danger of not being able to deliver the project I had made for a customer because some aluminium parts were not being shipped. By contacting Weerg on their online quotation tool, I saw that I could receive the same parts produced in Italy, in just 10 days. I was assisted by one of their technicians during the whole order and I received the parts perfectly made."

Weerg's online manufacturing is based on the model of shortening the entire supply chain to a single player, namely Weerg, ensuring a significant reduction in risk due to the many interdependent factors in long international supply chains.

Many companies are responding to this period of uncertainty by moving to safer, faster and more reliable ways of keeping their production running: if you have not already done so, try the advantages of Weerg Online Service now.

Weerg's staff of engineers and technicians writes short and simple articles to answer the most interesting questions quickly and pleasantly.

How to choose the right material?

What are aluminum alloys?

If you are a professional who prints many parts in PA12/PA11 nylon or polypropylene PP with HP Multi Jet Fusion technology, ...
Start Reading