Injection Molding vs MJF Printing: Which Is Better For Prototyping

Since its invention in the late 19th century and, subsequently, its application for mass production since the mid-1940s, injection molding has been one of the most widely used technologies for mass-making of parts. The main advantages consist of: pieces that can be replicated in series , rapid production times and, on very large productions, low costs per copy.

From the end of the 1980s, Selective Sintering 3D printing with Laser (SLS Printing) began to be fertile ground for an alternative to injection molding, for the solution that led to the creation of complex shapes without design constraints.

But it is with its evolution in Multi Jet Fusion printing ( MJF printing ), perfected by HP since 2016, that 3D printing technology  reaches its maximum potential , managing to reduce prices and lead times .

Today, which technology should be used to create prototypes or small or medium series of a project?

How does injection molding work?

The injection molding is a manufacturing process based on the molten plastic material injected into a closed mold; after the material solidification, the modlf is opened for the extraction of the piece.

The machinery used for injection molding is made up of two parts: the injection unit and the closing unit.

The injection unit takes care of pushing the plastic material inside the mold after having heated it, after liquefying it.

The closing unit, on the other hand, has the task of keeping the mold sealed by counteracting the high pressure operated by the injection group during casting .

The mold is different for each project that you want to realize and, due to the technical complexity and the skills required for the preparation, its realization is very expensive, in the order of tens (sometimes hundreds) of thousands of dollars. Obviously this cost is easily absorbed on gigantic productions which reduces the price per single copy.

What is the injection molding process?

The operation process of injection molding consists of 4 phases:

How is an injection mold made?

The mold that will be used for the mass creation of the pieces is usually made of aluminum or steel: it needs to resist at an incredible pressure for several cycles of use constantly repeated over time.

For this reason, the production cost of the mold, in fact a "negative" of the piece we wanto to realize, is very high: usually, it moves in the tens of thousands of euros, but, for complex pieces, it can easly reach hundreds of thousands of Euro. Of course, this cost is easily absorbed in the mass production of thousands of identical pieces. 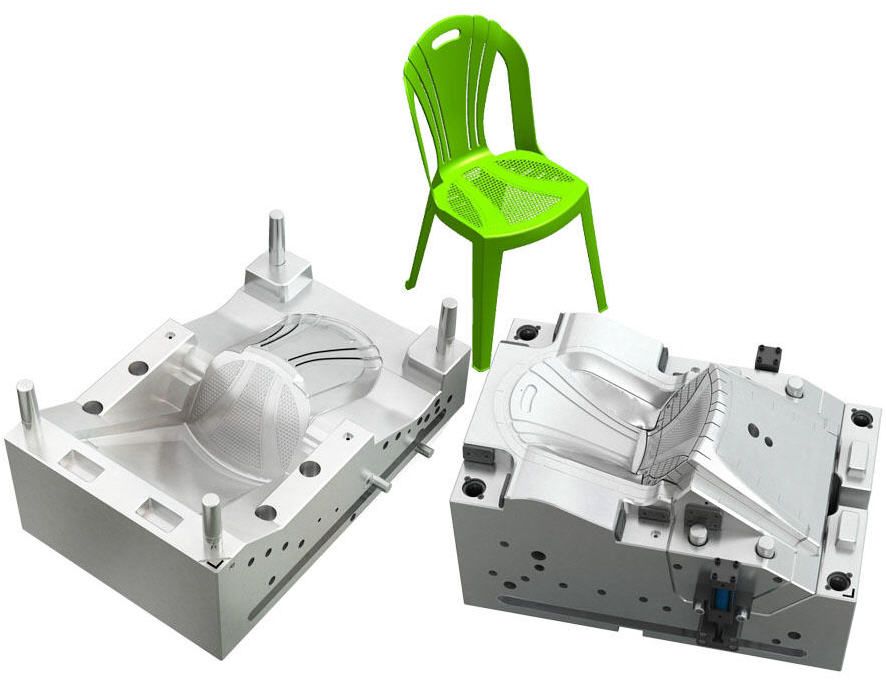 What is injection molding used for?

The injection molding is used, cause of its high start-up cost, for finalized projects and for the realization of large series: the convenience varies according to the project complexity, but usually it is preferred to use injection molding for series over 10,000 copies.

For prototyping or small and medium series, it is preferred to use technologies without start-up costs such as MJF 3D printing.

What is the lead time to make prototypes with injection molding?

The delay time to create prototypes with injection molding is very long , even in the order of many weeks, divided into two main phases:

Usually it's not recommended to start the realization of a prototype with injection molding because of the high start-up cost; in fact, this technology is more suited to the production of large series.

What are the benefits of injection molding?

When we talk about series with tens of thousands of copies , the advantages of injection molding are undeniable:

Injection molding also carries some inherent disadvantages to its technology: let's see them in the next paragraph.

What are the disadvantages of injection molding?

Injection molding also carries some inherent disadvantages to its technology .

The first disadvantage, always mentioned by everyone, is related to the cost of starting the project, due to the realization of the stamp . It has a great impact on the project, regardless of the number of copies that are made: for this reason it is generally recommended to rely on injection molding for series exceeding 10,000 copies.

The second main disadvantage, which is often not taken into consideration, concerns the planning and design of the project; in fact, injection molding requires that the piece have specific design characteristics for this technology and which, in their absence, would not allow the piece to be extracted.

By way of example, let's see a couple of these design features:

How much does injection molding cost?

Simple, it depends! The cost of injection molding depends on 2 factors :

As we have seen above, there are important start-up costs to be incurred for the realization of the mold: generally speaking, these costs are amortized by making over 10,000 copies of the same object, after this threshold injection molding becomes convenient.

What is MJF printing and how does it work?

The MJF Printing, acronym for Multi Jet Fusion, developed by HP is an evolution of the SLS Laser Sintering 3D Printing existing since the end of the 1980s.

Since its presentation in 2016, the MJF Technology has made great strides compared to its older sister, perfecting itself to the point of becoming much more advantageous in terms of production times and the ability to manage complex pieces without the need for supports .

Multi Jet Fusion Printing is based, like SLS technology, on powders, but without the use of a laser. Each layer consists of a first bed of powder which is heated uniformly; a melting liquid is then deposited on it exclusively where the powders will be melted together and a finishing liquid is deposited on the edges to improve its resolution. Finally, UV lamps melt the powder where the melting liquid has been deposited. 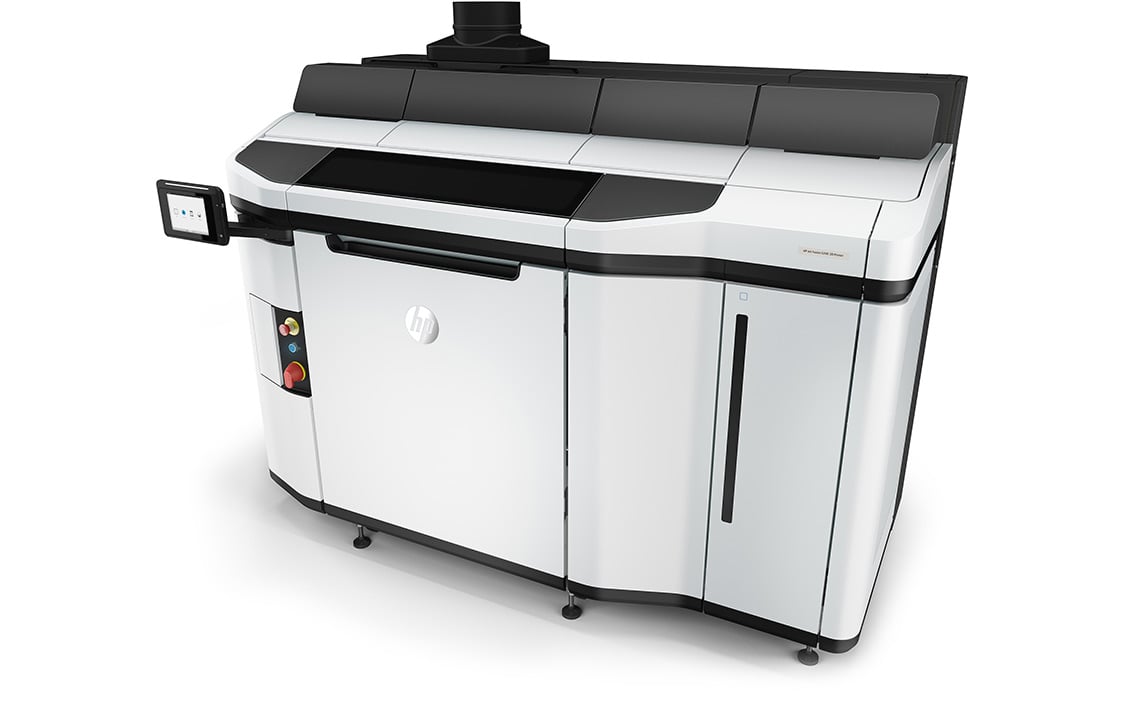 What is the difference between MJF and SLS printing?

The MJF Print differs from the old SLS Print for the absence of the Laser that characterizes the second technology; the SLS printing, in fact, is based on a powerful laser that dissolves the dust of the material as it passes, going to crystallize them in what will be the final product. This involves a greater or lesser processing time depending on the size of the manufactured article, due to the passage of the laser.

The Print MJF instead, is based on a liquid reagent which is passed simultaneously over the entire layer, regardless of its size: this leads to have standard processing times not related to the morphology of the project, but the machine's processing speed. For this reason, the MJF Press was able to significantly reduce costs and quality compared to its older sister SLS.

How much does it cost to make a prototype with MJF printing?

The cost of making a prototype with MJF Printing depends , of course! Unlike other technologies, however, this cost depends on a single factor: the volume of the piece .

The revolution of MJF printing, compared to other technologies such as SLS printing or injection molding, lies in the standard processing time of the job, making it easier to calculate the final production cost.

Of course there are cheaper technologies: printing FDM , for example, but has an aesthetic and mechanical much crude; or the SLA printing technology , which has an excellent aesthetic result, but fails to match with the same mechanical performance .

At the moment, the MJF Press offers itself as an excellent option in terms of the relationship between quality (aesthetics and mechanics), price and production times (3 days). If you want to make a quote comparison between the various technologies with your own file, you can do it here . 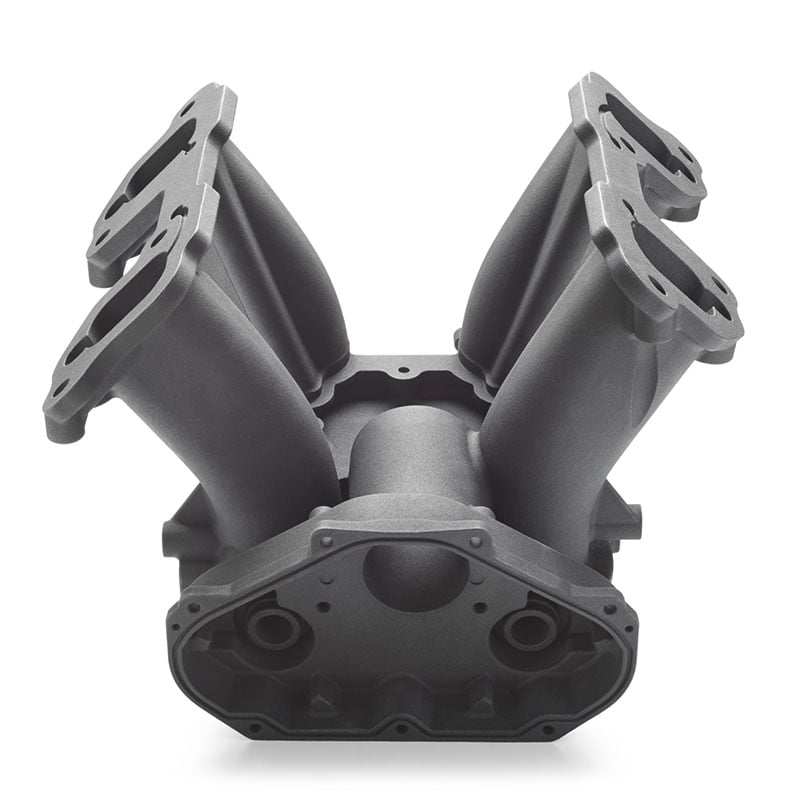 What are the benefits of MJF Printing?

The MJF Print , as seen above, brings undeniable advantages: the first, inherited from the SLS Print, is the absence of supports which makes it excellent (and unique) for the realization of moving and interdependent parts, integrated hinges and all highly complexes with layers of 80 microns of precision.

To this is added the advantage, compared to other 3D prints such as FDM printing, of having an isotropic product , that is, with identical mechanical properties on all three axes and that equal the injection molded pieces.

Finally, the speed of production makes this technology excellent for quick responses and go to market, being able to produce even medium series in just 3 days .

What are the disadvantages of MJF printing?

The main disadvantage of the MJF print is linked to the aesthetic finish, in fact the base piece retains a rough finish due to the powders from which it was originated. Even the natural color does not have many options: gray and black .

Both of these features can be resolved through a subsequent processing through a process of finishing or coating .

As we have seen above, injection molding with very high start-up costs that make it, generally, prohibitive for series of less than 10,000 copies . It is certainly not suitable for rapid prototyping, neither for costs, nor for times.

To create prototypes or small / medium series , it is now preferable to rely on MJF Printing which, leaving freedom of design to the designer without imposing constraints, allows to have prototypes made in 3 days and retains mechanical properties equal to injection molding .

If we talk about prototypes o medium-small series , but the only alternative currently competing for final yield with injection molding is MJF printing which allows for highly complex pieces , quickly and with an excellent quality / price ratio.

Above we have seen how injection molding is still a valid alternative on the market, especially when it is possible to amortize its high initial costs on tens of thousands of manufactured products.

On the other hand, if you are still in the designing phase or market-testing phase, or for customized projects, the MJF Print is an excellent alternative, allowing you to create highly complex pieces , quickly and with an excellent quality price .

To independently compare the cost of a single or multiple pieces of an artifact with MJF printing or other 3D printing technologies, you can upload your file here .

MJF component orientation - How to optimize an object for MJF 3D printing?

MJF Component Orientation HP MJF printing has enormous advantages in terms of flexibility and ability to process a wide range of complex geometries compared to other additive manufacturing technologies. MJF allows you to build objects without...
Read the article

Introduction With the advent of new technologies such as 3D Printing, the Prototyping and Development process of all companies has been revolutionized: this is how Rapid Prototyping was born.The need to shorten the development phase of a product to...
Read the article

Injection Molding vs. MJF 3D Printing Which is Better?

When it comes to final part fabrication, the question of choosing injection molding vs. 3D printing is likely to surface. And today this question arises much more than in the past. Why?
Read the article

In three easy steps you can get an online quote for your parts produced with Additive Manufacturing or CNC Machining and start production immediately.

Sign up for our newsletter to stay up to date